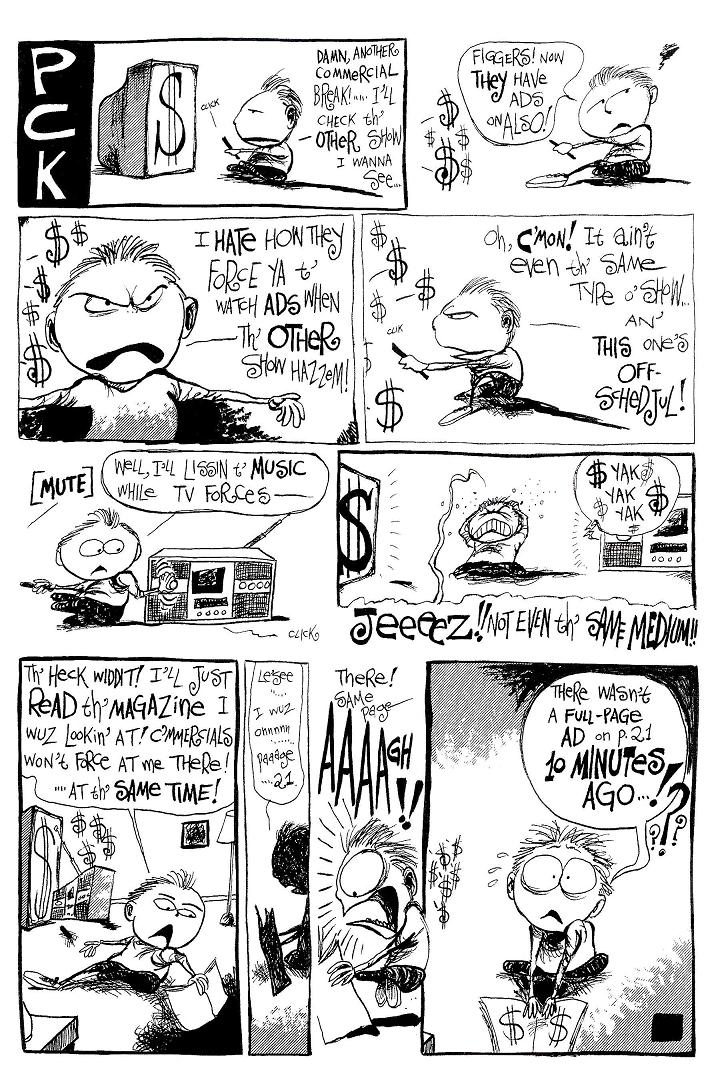 12th Jul 2012, 8:32 AM
Rate this comic
Author Notes:
mark stacy 12th Jul 2012, 8:32 AM
This is one of the earlier PCKs from the last decade before I redid it for the internet. These are formatted for a comic book style, though most were one-pagers. I did 3 mostly locally distributed digest minicomics from some of them mid-last decade. They were originally drawn in a '70s editorial cartoon style (Wright, MacNelly, and Oliphant were the influences). The webcomic PCKs are somewhat more developed (PCK being a club, thinning down the cast a little bit)

This one is one of my favorites, and too hard to redo in the current style.
edit delete