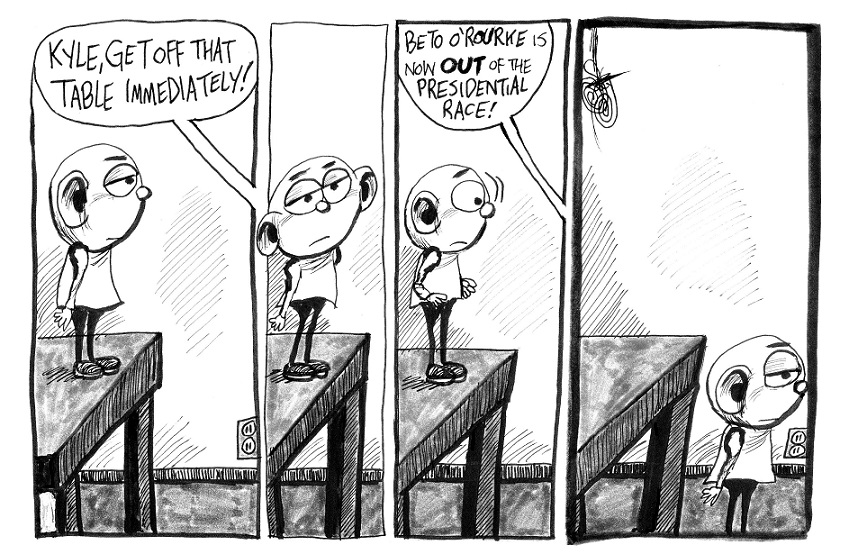 I have done parodies before, particularly one of noir fiction, early on. One comic contained a would-be MAD magazine panel of a parody of "American Chopper" drawn Mort Drucker style. But TV, movies, etc., are usually commented on by the characters, like when "Community" was struggling to stay on the air, the return of "Mystery Science Theater 3000" and "Arrested Development". When something comes up in the pop culture that I have something to say on, or the characters would likely have an opinion on, then that would be a comic or three.

The above strip is one of those can't-resist-a-joke things, like the Romney-as-Pierre-Delecto one.
edit delete