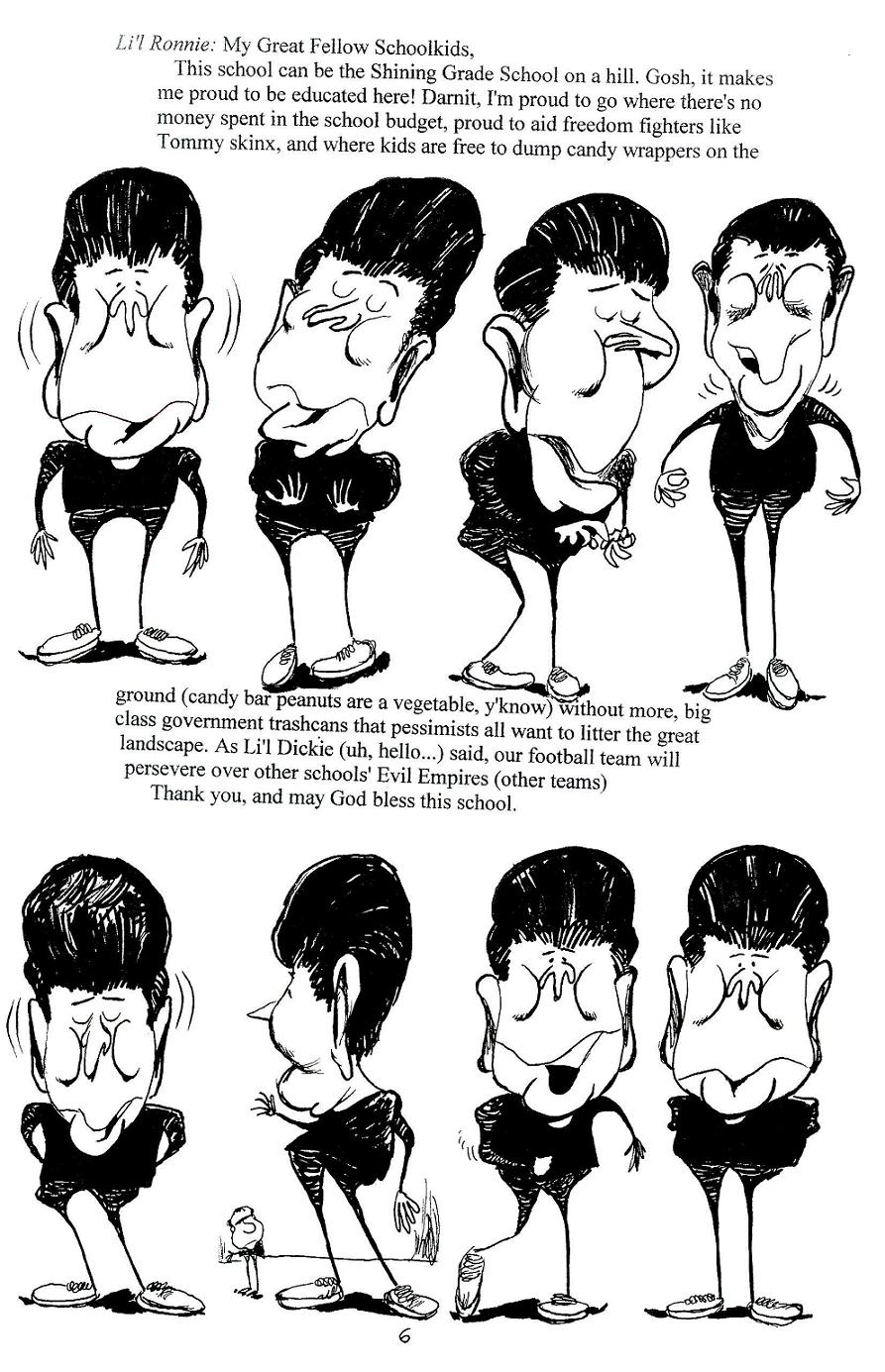 27th Sep 2012, 7:13 AM
Rate this comic
Author Notes:
mark stacy 27th Sep 2012, 7:13 AM
I liked the drawing in the l'il Reagan speech from the earlier version of PCK, which had a campaign satire (unfinished, but with a plot that'll be paraphrased in the continuity this fall in the current version), and "speeches" from the Prez Clubbers, so much that this version is used here.

Part of this attempt, though (as it would've been used in a redone version), is that Li'l Reagan is speechifying from a Hollywood script, which doesn't entirely work here. Maybe it would if I'd have put "stage directions" for the "acting". I could still possibly do another speech that way later on, one done more as a Romney stand-in than the above specific-to-Reagan satire.
edit delete
User comments:
Kip "Old Man" Williams (Guest) 27th Sep 2012, 7:44 AM
Should have been baseball, then the line would have been 'evil umpires,' and no explanation needed.