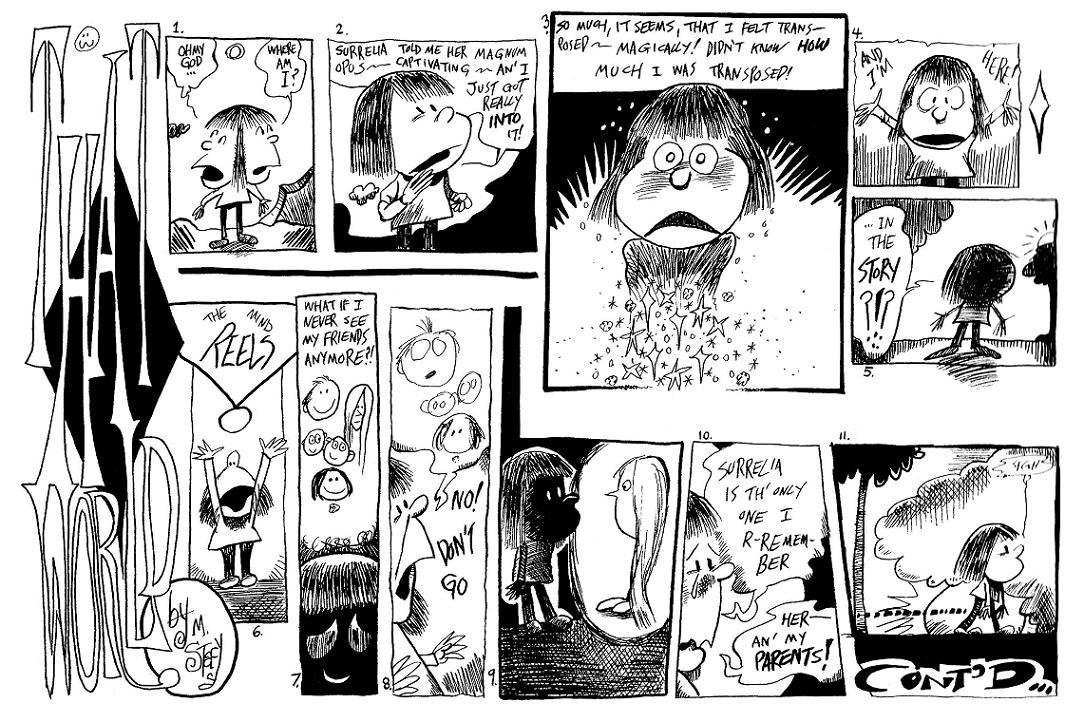 The idea behind this one is that her alternate universe in Surrelia's story takes the form of an old timey Sunday comic strip. Its use in this version of PCK is a bit ironic now, since I designed the style (of the main comic series) to recall that era, at least in the use of line shading and dialect/wordplay (in PCK's case, kidspeak).
edit delete