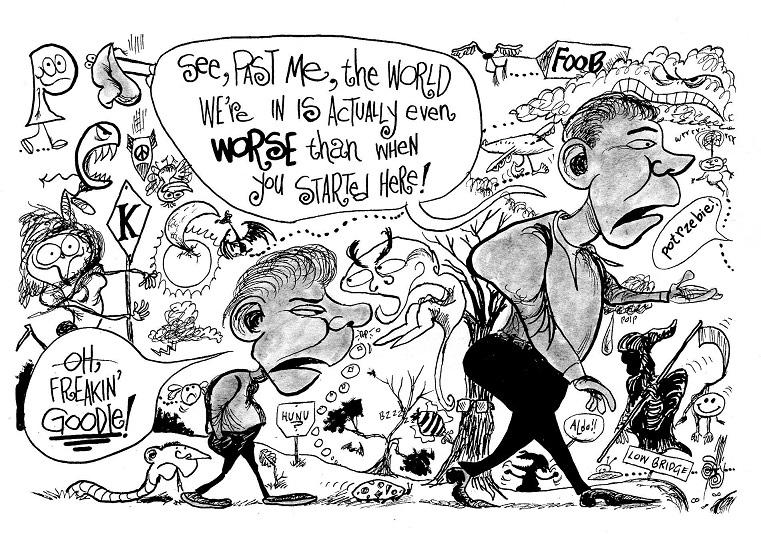 14th Mar 2014, 4:44 PM
Rate this comic
Author Notes:
mark stacy 14th Mar 2014, 4:44 PM
The sequel to "Pop Culture's Kids" should start next week, probably on Monday. The new webcomic will be called "PCK Time", keeping the PCK identity, but only as initials, since a lot of the comic will be these characters as young adults. Since Surrelia screwed up the Space-Time Continuum, both the adult PCKers and their kid counterparts will exist on the same plane of existence.

I will keep this version of the comic open in case I still want to put new material in here later on. Once I start the new PCK, I'll leave a cartoon advertising the new version. I hope all my subscribers will subscribe to the new PCK once it's put up.

For a touch of the style this strip's been drawn in, I will include a Sunday funnies "PCK Time" on the new site drawn in a style similar to "Pop Culture's Kids", based on Surrelia's imagination making stories for her writing career. The rest will be in my '70s editorial cartoon style, like above, 3 to 5 weekdays a week.

Thanks very much!
edit delete