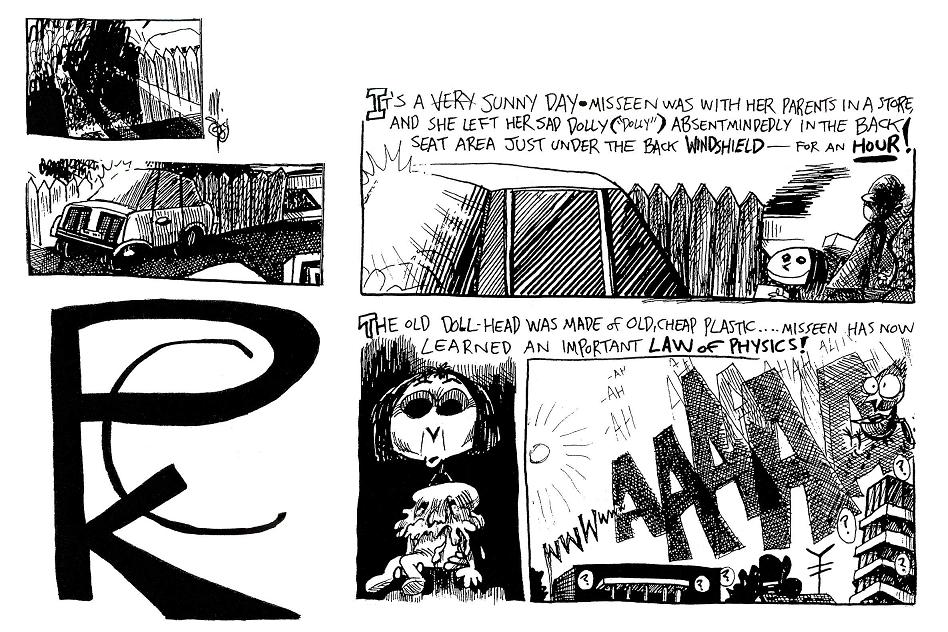 2nd Apr 2012, 7:39 AM
Rate this comic
Author Notes:
mark stacy 2nd Apr 2012, 7:39 AM
The Misseen storyline was originally in another series I did, but abandoned in its original form. I adapted the storyline to PCK, rewriting and redrawing it to fit in here. But this part of it, in a comic book format, was drawn nearly perfect as it was. So I used the art, reformating it to fit in this way, allowing me to lay it out differently than if I drew it to fit. This allowed me to use portions of an earlier panel (containing a rundown of all the previous events in the doll's and its owner's star-crossed story) making up the first two panels seen above. And the extra room I had left once I refitted the panels for PCK gave me the chance to do a larger, more prominent title graphic, which was fun to do.

Just alittle touching up, including slightly more line shading to fit the style of this web comic series, and I had what you see here.
edit delete