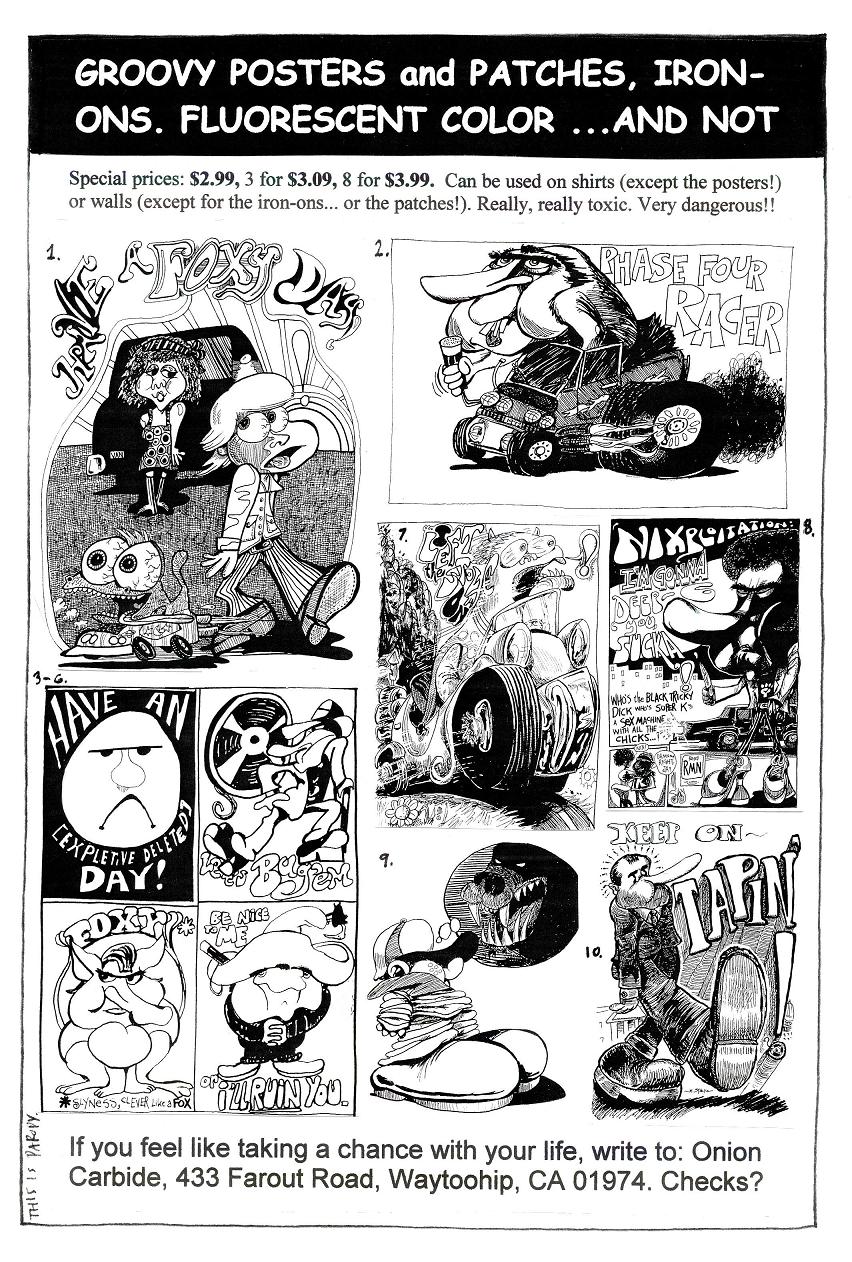 14th Apr 2012, 7:46 AM
Rate this comic
Author Notes:
mark stacy 14th Apr 2012, 7:46 AM
PCK's 2nd parody of these kind of poster/patch ads that appeared in comic books, this time as if in 1974. Wonderful coincidence #1: This happens to be "comic #74" - faux 1974. Wonderful coincidence #2: the first of these parodies was in "Comic #47", the numeral reverse of 74.
edit delete
mark stacy 14th Apr 2012, 8:15 AM
1. The humans pictured are characters I created for another potential comic series. The same series I had created Misseen for. If it gets anywhere, it'll be a refigured version. The other character is like a "Big Daddy" Roth cartoon. Though that stuff, including Ratfink, was known from the 1960s, there were bubblegum stickers out in the early '70s called "Odd Rods", which were like the famous '60s cartoons.

2. An "Odd Rod" as if done about President Nixon. Phase 4 was part of Nixon's economic program at the time.

3-6. Parodies of actual posters/patches/iron-ons of the time, but Watergate style. The 4th one is my favorite, the original wording: "Be nice to me, I had a hard day."

8. A Nixonian parody of Blacksploitation (black exploitation movies), iconic of the early '70s.

9. Just a patch or poster-like cartoon that, like the others in this, were individual cartoons I drew, then photocopied smaller to put into this piece.

10. An R. Crumb parody, imagining how he'd draw Nixon. Though he may've already caricatured Tricky Dick a long time ago, for all I know.
edit delete